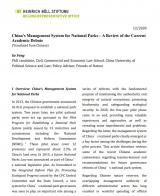 China is exploring its own national park management system – with important repercussions for the conservation of biodiversity and the sustainable use of global natural resources. 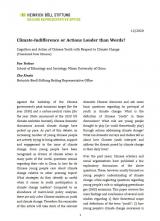 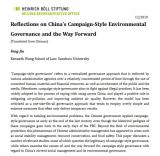 Reflections on China's Campaign-Style Environmental Governance and the Way Forward

"Ecological Migration" -- A Different Version of "Climate Migration" in China? 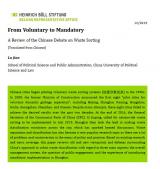 From Voluntary to Mandatory

What are the new viewpoints and debates surrounding China's approach to urban waste classification? 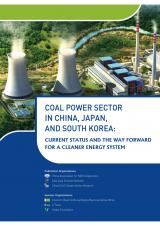 Coal Power Sector in China, Japan and South Korea: Current Status and the Way Forward for a Cleaner Energy System

The impacts of climate change have been felt by human society. Global temperature has risen 1°C for the past 100 years, and 2017 was the hottest year on record. Impacts from climate change vary by region, East Asia is no exception. In this report, members of the East Asia Climate Forum from China, Japan and South Korea introduce current status of coal‐fired power plants (CFPPs) and their prospects, hoping to provide a different angle from civil society for a better understanding the issues and general trend of the coal power sector in East Asia, and to  contribute to the discussion on a quicker transition to a cleaner energy system. 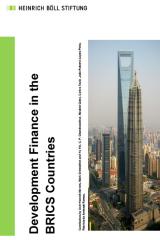 For decades, the world of development banking was dominated by a few multilateral actors, foremost the World Bank Group as well as regional development banks. In recent years, some established banks have much expanded their scope of operation, while new actors and interests are moving in. A number of national development banks, for example from China and Brazil, have entered the international arena in a big way, often operating far outside of their respective home countries and becoming truly global actors. 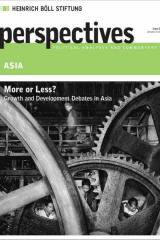 This second issue of "Perspectives Asia" provides a forum for the voices of authors from various Asian countries to express their thoughts on possible development models for the region. How can we achieve prosperity for all, without doing long-term damage to nature or threatening the subsistence of entire populations?